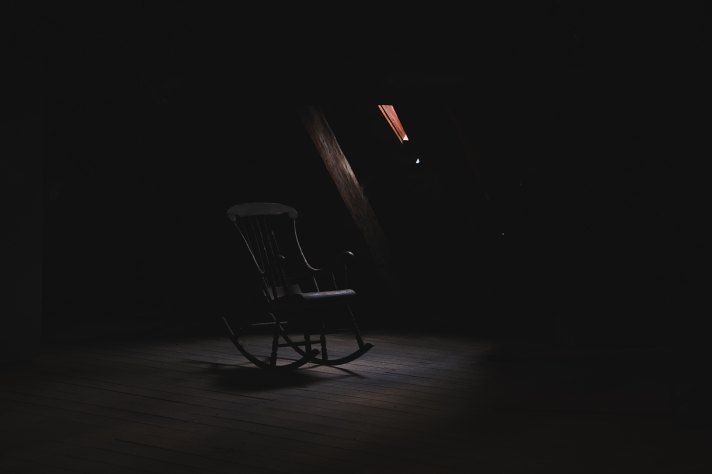 I went to the movies earlier this afternoon and viewed the horror film titled “Hereditary”. I knew that the movie was going to be good after seeing the coming attractions last month when I went to see another film.

I had been wanting to see a good chiller film and this was indeed one of them and one for those that could get into it and understand the storyline and occult twists that are brought to a spooky head during the conclusion.

It was a very well designed horror flick and one with an ending that was hauntingly authentic within it’s creativity and one that would make me want to stay clear away from anything associated with the devil.

The film’s depth centered around other deeper issues other than the supernatural even though that aspect figured prominently, however, that tree house scene was eerie and so realistic to a satanic worship “feel” that I’d never want to indulge in.

My mother listens to the radio station from time to time in the morning and Steve Harvey comes on, always running his mouth and talking about God. This man has done so much dirt within his life and has the nerve to give advice and continues on to express his corny and ineffective opinions and unrealistic soliloquies.

Today he mentioned the subject of hatred and how time consuming that it is to hate and about people that write on blogs expressing the hate that they feel as they talk about other people and things.

While I do understand that there are plenty that have and that have had negative things to say about him online and plenty in general that write about or that mention their dislike of others publicly as well as privately it definitely is not time consuming or a waste of energy.

And I myself am not talking about speaking petty nonsense or unjustifiable lies as so many unfortunately do I’m talking about the power of truth and self expression.

One thing that is pathetic-and that is the ignorant mind-people need to just speak for themselves and stop placing their insecurities and personal notions and generalizations as a universal truth because it is indeed not.

I’ve heard those that are on a particular level in the past go around saying how they may have went hating certain people for years, inferring that the object of their contempt wasn’t always aware of their disdain or that while they were resenting that individual they on the other hand were going on with their lives smiling and cheerful or whatever, making them feel stupid or defeated and that may be the case with some people but so what?

There are people that hate me out of their own envy and jealousy and because I am a strong and intelligent person that doesn’t care or for whatever else and I don’t give a fuck.

Hatred is not a burden or a negativity for everyone. Hatred is no different than love as it is just a description of a feeling it is just that acting on hatred can produce what others view as negative incidents or results and some are fearful of that.

However, no one ever really complains too much when someone does a nice gesture out of love. Why isn’t that considered time consuming and a waste of time and energy especially when the one on the receiving end doesn’t care or isn’t appreciative?

People have liked, loved, and cared for me and I wasn’t touched or moved by it. I didn’t like, love, or care about them or have any consideration for their feelings because I didn’t take to them within that way whether it was just friendly or amorously by hopeful aquaintances, associates, or even relatives.

So all that I am saying is that every one that hates does not go around miserable everyday or every second dwelling and pondering over and about who they don’t like and we don’t care whether they are aware of it or not (It’s not a psychological competition it is just a natural feeling of intense dislike for another for whatever personal or general reason), in fact, we hate who we hate like what we like and genuinely enjoy ourselves as we go on and live our daily lives.

When I was a kid I remember hearing the notion of how we as people chose our parents/families and so on (such as also knowing and having to undergo situations and circumstances that we’d accepted through whatever mission, plan and/or celestial fulfillment and event) before we came into the world. Yet once we were born we no longer had any recollection of the incident.

However, I’ve often said that I’d never had agreed to come into this world the way that it is governed, the way that certain nature is derived and established, the way things occur, the way we have to live and cohabitate with other individuals that shouldn’t even exist to begin with and etc…

And if I in fact did ever agree to this I have said that then I had to have been tricked as to what was actually going to be.

As a very spiritually…