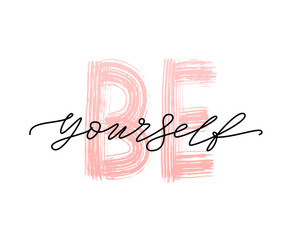 When one refuses to bow down to another just to get along with certain others they are considered being negative.

When one doesn’t like or want to be bothered with specific kinds of people they are considered being negative.

When one has a mind of their own which cannot be swayed and isn’t easily influenced by others and one doesn’t follow a crowd to fit in they are considered being negative.

When one isn’t afraid to stand up for what they know or believe in they are considered being negative.

When one tells a truth in which certain others don’t like or agree with they are considered being negative.

When others lie on one or does some type of malicious deed against them and one justifiably takes up for themself they are considered being negative.

When one doesn’t allow others to walk all over them and get over on them for their own benefit or through manipulative tactics they are considered being negative.

When one can sense and perceive unfavorable things about individuals that others are unable to see, process, or recognize for themself they are considered being negative.

Everything is being negative when it comes to the convenience of the actual negative people themselves. Anything to unscrupulously control an instance or provoke a situation in which to better suit their own ulterior motives and design.

And many unknowing and unsavvy people fall for their schemes as there are many who are oblivious to the artful guile of others in particular, or who share within the same mentality, or who just have a similar mode of calculating mindset.

Individuals who are in the right are often told that their own so called “negative behavior” will just create more negativity along down the line as to blame the intended target of unfairness for the trouble that is deliberately or primarily caused by others, a coercive statement which is lent to further manipulate one into submitting to and accepting the mischievous treatment and behavior of certain others, and to also permit them to freely get away with continuing on in their malicious deeds and actions within the future.

It is indeed a cunning and deceptive measure of audacity to acknowledge, a persuasive approach of nonsense talk which I have never listened to, as in reality, people of this nature inevitably create a vicious loop of negativity to spiral back at themselves when it comes to an individual as in tune as I am.

A lot of people don’t like other people who are too smart and who are too strong within the mind and within character especially those of us that by nature and instinct will fiercely tussle back when necessary.

The more these type of “sick” (as I call them) or unethical (if one wants to call them) people act out within their wrongdoings whether perceived to them as such, or not, the more they become disreputable and detestable to me.